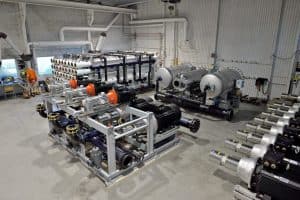 When the crews of ships and offshore rigs need freshwater, they frequently use a system built by the Norwegian company Norwater to get pure water directly from the sea at the push of a button.

Using a technology known as reverse osmosis (RO), seawater is pressurised at between 65-75 bar and filtered through a barrier membrane. Water molecules can pass through the barrier, but salt, impurities and contaminants are blocked. The result is pure freshwater usable for drinking, cooking, washing and showering. On chemical carrier ships, a 2-stage RO-system can be a great investment to secure enough extra clean freshwater for cleaning the chemical tanks in between cargoes.

– Reverse osmosis technology will typically be the most environmentally friendly and often also the cheapest source of freshwater. On ships, the alternative source of freshwater is evaporators, which use excess heat from the main engine. This is expensive when fuel costs are high. Furthermore, advances in technology are making the main engines more efficient, leaving less excess heat for freshwater production, says CEO in Norwater AS, Per Einar Gjerding.

Since 2005, more than 400 systems have been assembled at Norwater’s production facility on the west coast of Norway and shipped to clients all over the world. Ships and rigs have been Norwater’s core market for years, but recently the salmon farming industry has generated an additional demand for freshwater production and Norwater has become the market leader for supplying RO to the salmon farming industry and live fish carriers.

– This industry mainly uses freshwater to prevent salmon lice and ameobic gill disease and typically requires large capacities compared to more traditional applications for drinking water onboard ships or rigs. The obvious alternative may be to collect and transport freshwater from shore to the fish farm. But challenges like limited availability, long distances and expensive transport often mean that a RO system is the optimal choice, says Per Einar Gjerding.

The world’s largest live fish carrier, “Ronja Storm”, is currently under construction in Leirvik in Norway. It will be equipped with Norwater’s largest system to date, comprised of 4 identical RO-units with a combined capacity of 16,800 m3/day, or 700 m3/hour. 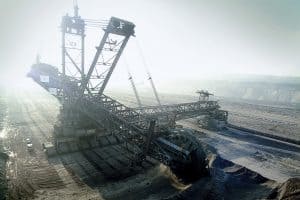 Maximum braking power, at an altitude of four kilometres