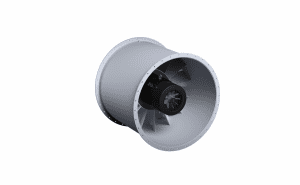 Hoyer now provides motors with flying leads, which means more flexibility when it comes to connections and the design of applications.

A motor with flying leads has wires that protrude from the motor housing itself, rather than being connected via a terminal box mounted on the motor. This makes it easier to fit the motor when space is limited.

This applies, for example, to an axial fan, where the motor and fan are located inside a pipe. In such situations, getting access to the electrical parts can be difficult for installers and service technicians. So using a motor with flying leads, which can be connected to a terminal box on the outside of the unit itself is a real advantage.

“Not only is an axial fan with a motor with flying leads easier to connect to, it also delivers improved performance and airflow because there is no large, square terminal box in the way of airflow. It also means you can have a more compact design,” said Adam Slupinski, Segment Manager – HVAC at Hoyer.

“Depending on the aerodynamic design, primarily of the impeller, significantly better performance can be achieved. We have seen examples where fan manufacturers have improved the efficiency of their fans by 5–10 percent by using flying leads,” said Adam Slupinski.

Also for ATEX and marine applications

Hoyer primarily supplies motors with flying leads for tailor-made solutions in several different industries, such as ventilation for tunnels, mining and ships, as well as fans for snow cannons.

This means that the motor and fan can be configured for a wide range of needs, including: 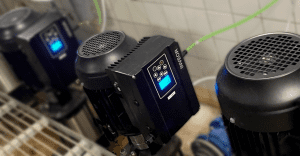