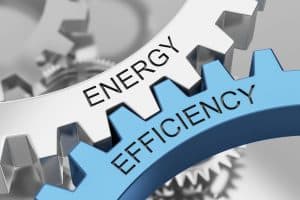 A strong driver for increased energy efficiency is local regulation, which continues to impose tougher and tougher demands on manufacturers and suppliers of electrical equipment. In the EU, the latest revision of the ecodesign regulation has had effect since September 2019. In 2021 and 2023 further regulations will come into force.

While these increases set ambitious goals on their own, regulation is only part of the picture. End user demand for more sustainable and cost-efficient applications is currently driving the need for more energy efficient solutions further and faster than what is legally required, says Maarten de Beun, Segment Manager for Industrial Pumps at Hoyer.

“In several of our major segments, like HVAC and Industrial Pumps, there are many different factors all pushing towards greater energy efficiency such as the UN Global Goals. In many cases, economic and environmental priorities from the end-users actually exceed the regulatory requirements and challenge the OEM’s to keep up. As an example, we have delivered several large projects with IE4 motors”.

Focus on total cost of ownership

The focus on energy efficiency is also causing more end-users to reconsider the correlation between purchase price and energy running costs when investing in new applications such as pumps, ventilation and hydraulics. Here the selected motor efficiency has a significant role to play.

“Based on a service life of 10 to 15 years, the purchase price of an electric motor does not exceed 5% of the total cost of ownership on average. Energy consumption, on the other hand, amounts to an average of 92% of the total cost of ownership. And in many cases, the service life is longer. This further underline the strong business case for choosing more energy efficient motors,” says Maarten de Beun.

Hoyer has a variety of different tools available to help customers achieve the desired energy efficiency targets. IE2 and IE3 motors are available as standard and asynchronous IE4 motors are produced on demand for projects and customized solutions. The motors with integrated VFD’s can improve the overall efficiency of an application with up to 50% by providing more precise control and less energy waste than a traditional fixed speed system.

In the future Hoyer Motors is working to introduce a range of IE4/IE5 permanent magnet motors as these motor types are even more efficient for several applications compared to standard AC motors with standard rotors.

“With our existing range of IE2, IE3 and IE4 motors and our expertise within VFD solutions, we are well equipped to be an active energy partner for our customers. We want to support their future goals in increasing energy savings and reducing CO2 emission,” Maarten de Beun concludes.

The UN Global Goals serve as a common framework for many aspects of the pursuit of greater energy efficiency. In particular Target 7.3, which calls for doubling the global rate of improvement in energy efficiency by 2030, and Target 9.4, which concerns an upgrade of infrastructure and a retrofit of industries to make them more sustainable and increase resource-use efficiency.

At Hoyer Motors, the main focus is on two selected Global Goals: 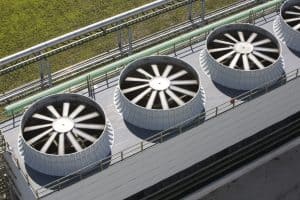