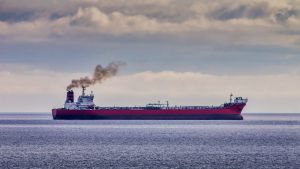 With strict requirements from the UN marine organisation IMO on the reduction of sulphur in marine fuel from 3.5 percent to 0.5 percent by 2020, shipping companies must now decide which solution to choose. One of these solutions is the so-called wet scrubbers, which make it possible to continue using fuel with high levels of sulphur.

A wet scrubber is installed in the ship’s flue and can wash out 98 percent of sulphur oxides and 95 percent of soot particles. It is especially beneficial to larger ships with engines from 3 MW and upwards to install a scrubber in order to avoid switching to much more expensive low-sulphur fuel.

Since the exhaust gas is cleaned using large amounts of water which must be pumped to the top of the flue, electric motor power plays an important part in the scrubber’s pumping ability, and Hoyer’s energy-efficient IE3 marine motors are used more and more on the powerful pump applications.

Alfa Laval is one of the companies producing wet scrubbers. R&D Manager, Exhaust Gas Cleaning at Alfa Laval Jens Peter Hansen explains that a wet scrubber cleans using either an open or a closed system, depending on the environmental requirements in the areas where one is sailing.

– “In the open system, the exhaust gas is cleaned with salt water. Sulphur and soot particles are separated from the gas and dissolved into the water, which easily takes around 1000 cubic metres of water per hour for a typical ship engine. The sulphur gases bind in the water as harmless sulphates, and a large proportion of soot particles are also caught before the cleansing water is returned back to the sea,” explains Jens Peter Hansen.

As an alternative to the open system there is also a closed system, where the same fresh water is pumped around via a circulation tank.

– “In the closed system, washed-out sulphur and soot are not sent directly out into the sea. Soot particles are collected into a tank and sent to appropriate receiving facilities on land, and the sulphur is neutralised in a continuous process using sodium hydroxide. Just a few cubic metres of water containing sodium sulphate is released per hour in order to prevent sedimentation,” explains Jens Peter Hansen. This is entirely permissible, as the sea already contains large amounts of sodium sulphate.

Both solutions save the atmosphere from dangerous emissions, but no solution is perfect. Whereas the open system sends soot residue out into the world’s oceans, the process of cleaning sludge and soot from the closed system means extra CO2 emissions on land.

An alternative to low-sulphur fuel

– “The production of distilled, low-sulphur fuel gives 10-15 percent more CO2 pollution on land, which makes it more environmentally-friendly to use heavy fuel oil directly in the ship engine and clean the exhaust later instead,” says Jens Peter Hansen.

Facts about IMO and the new sulphur requirements 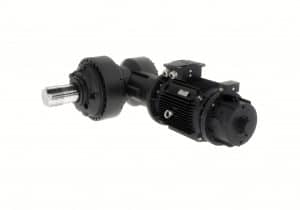