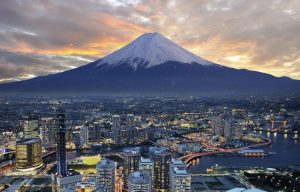 Hoyer is strengthening its presence in existing and new markets, and the company is thereby coming closer to its customers – physically, linguistically and culturally. The first step has already been taken in Japan, where a new sales office in Yokohama has served Hoyer’s Japanese customers since September 2016 by processing orders and providing support. The particularly strong growth in the Japanese marine sector in recent years has turned Japan into a central market in Hoyer’s growth strategy, and the new office will strengthen Hoyer’s positive performance in the market.

“With our new Japanese sales team in place, we’ve gained far better opportunities to meet with our customers face to face and serve them on-site. Before, we only served the Japanese market from China, but we’ve seen a growing need to establish a local presence with people who’ve mastered the language and culture,” explains Hoyer CCO Ketil Vesterlund.

To lead the Japanese office, Hoyer has hired a country manager who comes with many years of experience in the maritime pump business. He works closely with the two recently hired internal sales representatives, who also speak the language and know the market well. The office is thus prepared to process orders and provide support as well as to improve Hoyer’s position on the Japanese market. Other functions, such as quality control and logistics, will continue to be managed from Hoyer’s Chinese headquarters.

The primary focus for the Japanese sales team is the marine sector and the Japanese shipyards, which, thanks to the low exchange value of the yen and a solid shipbuilding tradition, is performing well against the competing Chinese and Korean shipyards.

Increased activity in the Middle East

In addition to the new office in Japan, Hoyer also plans to establish a sales office in Dubai. According to the plan, the office will open in the first quarter of 2017, and will cover the entire Middle East, a region in which Hoyer has seen increasing demand.

“Many of our customers in the Middle East – primarily from the oil and gas sector – already have applications in which Hoyer motors are installed. This gives us an entry to the market and we want to take the utmost advantage of it. The entire region is in an exciting period of growth, such as Iran, which has opened up and is investing more in industry and infrastructure. Beyond our focus on oil and gas, we’re also experiencing heavy demand for motors used in pumps and ventilation in the construction sector,” Ketil Vesterlund explains. 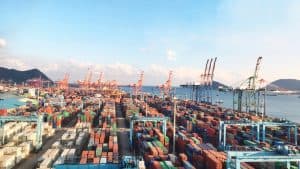