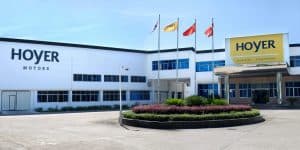 After several years of stable organic growth, Hoyer’s commitment to China and the rest of Asia is now undergoing a significant upsurge. The investment means that capacity in Hoyer Motors HQ in Ningbo, China will be increased by 50 percent.

‘By investing in our Chinese facilities, we are showing our customers and partners that we are ready to support the huge growth potential that exists in China, Japan and Korea. The aim is to ensure that we can bring value to both new and existing customers, because with the expansion we have an optimal setup for a fast supply chain, high quality and local service and support,’ says Hoyer’s CEO, Henrik Sørensen.

To date, the marine industry has been Hoyer’s primary market segment in Asia, most recently driven by demand for scrubbers and other marine applications. However, in future, there will be increased focus on new segments such as water, industrial pumps and hydraulics. Among other things, Hoyer is participating in a Danish trade promotion focusing on clean water and the UN’s Global Goals.

‘At Hoyer, we are proud to be part of the development towards environmental initiatives. Due to the environmental requirements for ships, we expect the high demand for scrubbers to continue – and we also anticipate growth in applications for LNG and LPG tankers.  That is why it is crucial for us that we are already increasing our presence to the next level so we can help our customers grow at the right pace,’ says Henrik Sørensen.

Part of the expansion in China will support Hoyer’s new range of explosion proof motors.

‘We know that the Chinese, Korean and Japanese shipbuilders in particular will need more explosion proof motors in the future, not least because of the growth in LNG transport at sea. We will be ready to meet the increased demand locally in Asia, including the necessary documentation from our test centre in Ningbo,’ says Henrik Sørensen and continues:

The expansion of Hoyer’s facilities in Ningbo coincides with the 10th anniversary of Hoyer’s presence in China. Initially the company was located together with other Scandinavian companies in the Nordic Industrial Park in Ningbo, but in 2013 moved to an independent location with better room to grow.

‘Over time, we have expanded with various support functions and technical staff, and we can resolve all tasks locally, which is essential for our global supply chain. In our current area in Ningbo, there are good opportunities to recruit skilled workers such as electricians and blacksmiths, so we can maintain the high quality for which Hoyer is known. It is, e.g. the quality that will pave the way for further growth in Asia,’ says Hoyer’s CCO, Ketil Vesterlund, who was responsible for establishing the Chinese branch back in 2009.

Hoyer’s 10th anniversary will be officially marked November 12 2019, where, in addition to the participation of business partners in Asia and Europe, there will also be guests of honour from the Chinese shipbuilding industry and the Danish Consulate in Shanghai. 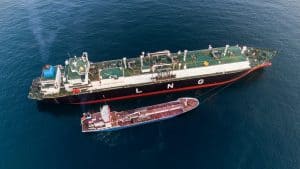