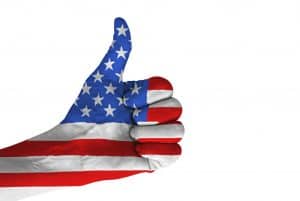 No matter where in the world you want to sell electrical products, it is necessary to comply with local regulations and standards in terms of both safety and efficiency. Typically, this is documented by a recognized certification company performing comprehensive tests under a variety of conditions, and subsequently reporting the results in the form of certificates and marks on the product itself.

“The global market is divided into a number of different standards, each referring to the regulations that apply to the area in question. The standards set the requirements that the product must meet in order for it to be used. For example, a motor with IE1 efficiency cannot be sold in the EU because it is too ineffective. And similar energy efficiency requirements apply to North American markets in the US and Canada,” says Bjarne Nør, Technical Manager at Hoyer Motors.

Two certifications for one motor

As a point of reference, Hoyer electric motors comply with EU ECO Design Directive 640/2009, which means that their energy efficiency meets the requirements of the European Standard EN 60034-30-1. This makes it possible for the motors to be used in products targeted at the 50 Hz market in Europe and Asia. Approval is conveyed by the marks stamped on the rating plate on each motor.

In the meantime, in order to accommodate customers who wish to sell to the North American market, Hoyer has provided a range of motors with an additional rating plate. It indicates how the motor meets the requirements for the 60 Hz market. This is the US Energy Directive DOE10CFR431 and the associated NEMA MG1 2011 standard as well as CSA C390, which constitute both the Standard and Energy Directive for Canada.

To ensure that the electric motors comply with US and Canadian standards, Hoyer uses the well-known certification company Underwriters Laboratories (UL), which has also developed a number of standards.

“UL processes the certifications on behalf of Hoyer in relation to the relevant authorities, such as the US Department of Energy. At the same time, UL has issued a safety certification for the insulation system, which is why both rating plates are marked with cURus. The designation indicates what is known as recognition of a subcomponent, which applies to the United States, Canada and the EU,” explains Bjarne Nør.

Here is a short guide to some of the most widely used certifications for electric motors for the North American market.

The mark is usually accompanied by “c” and “us”, which indicates that the certification applies in Canada and the United States, respectively. For example, a motor marked cURus can be used in both countries. 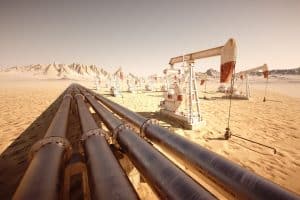 Keeping cool in the Algerian heat