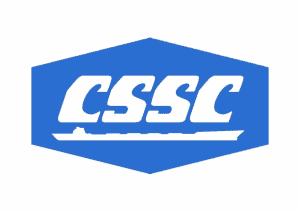 One of the world’s largest marine companies, Chinese CSSC, has awarded Hoyer Motors the distinctive title of Excellent Supplier during the 2019-2020 period. The award is a great recognition of Hoyer’s work as a supplier to the state-owned conglomerate.

– The rating we used to select our 30 Excellent Suppliers got based on an equally weighted combination of five factors: Reliability, Timely Delivery, Quality, Price and After Sales Service. Hoyer Motors is among the highest ranked suppliers proving to meet the five criteria consistently the last several years, says CSSC’s Supply Chain Management Team.

The award came from the two CSSC subsidiaries CSSC Hudong Heavy Machinery and CSSC-MES Diesel, which Hoyer has worked with since 2013. It is the first time in more than 10 years that the title as Excellent Supplier is awarded – this time among the companies’ 1000 registered suppliers.

The award is first and foremost a visible recognition of Hoyer’s work in China. But just as importantly, the honour can be the beginning of an even greater cooperation with CSSC in the future. Michael Mantzius Andersen, Hoyer’s Sales Director in Asia explains.

– The appointment allows us to become a supplier to all 20 companies in the CSSC-Power Group, which is one of the largest and most prestigious holding companies in CSSC. In addition, we gain greater exposure as a potential and trustworthy supplier throughout the CSSC Group, he says and continues.

– As Hoyer’s brand becomes even more recognised by shipyards and shipowners, our opportunities for contributing to larger and more complex projects in the future are improved. This is a seal of approval of our position and development in the Chinese market.

Depending on the scale, CSSC is now one of the two largest maritime companies in the world. The state-owned conglomerate consists of more than 500 companies, which together make up the Chinese state’s marine industry. Therefore, the recognition as Excellent Supplier is a great honour.

– If you want to be a player in the global marine industry, it is inevitable that you will work with CSSC. That’s also why all foreign companies in the marine industry are striving to be included in CSSC’s supplier list. This we have succeeded in and being recognised for it is a really great achievement and something we are very proud of,” Michael Mantzius Andersen says and continues:

– Being appointed as Excellent Supplier has required that all involved departments, from production to sales, have worked hard to earn it. It is therefore important for me to emphasise that all our talented employees each have their own share in the award. It is a declaration of trust in their work and competencies.”

Hoyer was awarded the diploma of Excellence Supplier in November 2020.

In this article you can read about Hoyer’s 10th anniversary in China in 2019. 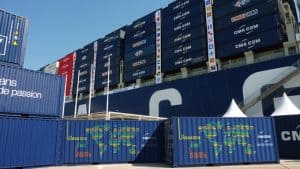